Oxandrolone (very often known by its brand name – Anavar) is an extremely popular anabolic steroid despite the fact that is well known that is not one of the most powerful anabolic steroids out there, plus to that, is one of the friendliest when it comes to the side effects. in addition to that, in case you are searching for a steroid that is going to offer as fast results in a very short time, then this steroid is not going to help you as you would be disappointed. However, in case you are going to understand this hormone and you would understand what it can do then you are going to surely find it to be a pretty valuable steroid which can be very helpful. Oxandrolone which is also pretty often being referred to as the “girl steroid” – is one of the very few anabolic steroids out there with a pretty high success rate among women. A lot of the female physique have been built on Oxandrolone. With this being said, the steroid is extremely popular among both male and female bodybuilders and performance enhancers, but is definitely on the top list of most used steroids among female athletes. The active substance remains Oxandrolone.

There are no reviews yet. 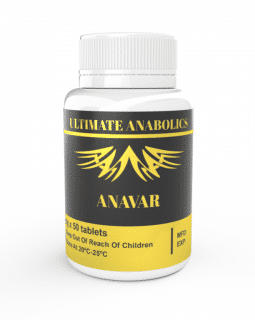